ELCT- East of Lake Victoria Diocese was established in 1970. The first center was Negezi and then it was transferred to Shinyanga. At that time, it was known as Sukuma Mission area under Central Synod which is currently known as Central Diocese. 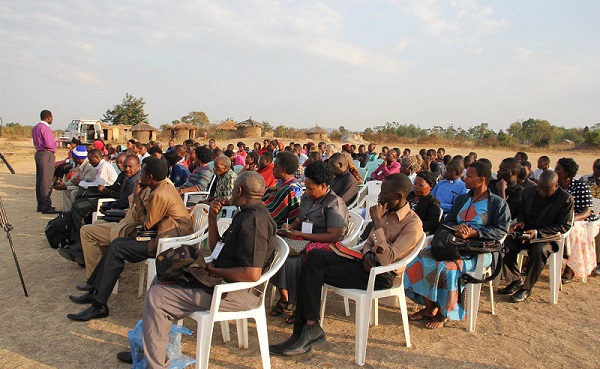 The first leader of Sukuma Mission area was Reverend Pastor Onesmo N.M. Dadi as its first leader. Some of the first parishes were Nyegezi, Shagihilu, Masanga etc.

In 14th April Sukuma Mission area was inaugurated to be the Diocese and the name was changed to ELCT- East of Lake Victoria Diocese (ELCT – ELVD). The first Bishop was late Manase Yona Makala led from 1989 up to 2001. The second Bishop was late Nehemiah Manyenye Bomani led from 2001 up to 2007. Then Bishop Andrew Petro Gulle succeeded him and became the third Bishop.

East of Lake Victoria Diocese offers to the congregation service of the gospel for spiritual, social – economical needs in Mwanza and Geita regions which covers about 17% of country population. By the end of August 2018, the diocese served 50 parishes with 19,000 Christians which is a higher Christian growth rate compare to other dioceses in Tanzania.

The ELVD Head Quarter is situated in Mwanza city, which is the second largest city in Tanzania, about 1,200 kms Northwest of Dar-es-Salaam the business city of Tanzania and about 750km from Dodoma, the capital city of Tanzania. Mwanza city is near to other East African capital cities, such as Nairobi in Kenya, Kampala in Uganda, Bujumbura in Burundi and Kigali in Rwanda. It is also located near to the Serengeti National Park.

“United in Christ so that the kingdom of God reigns”

ELVD endeavours to spread the gospel of Jesus Christ, through word and deed, to serve all people in the regions of Mwanza, Geita regions.

According to article IX of the constitution, the governing bodies of the diocese are the diocese general assembly (Synod), the diocese executive council, department committees and other committees.

The general assembly (synod) is the highest decision-making body in the diocese. The general assembly which meets every four years appoints the diocese council. The diocese council is in charge with the responsibility of giving guidance and direction on the policy and strategy, while at the same time providing supervision on the overall operations of the diocese. The diocese is divided into districts, parishes and congregations with council committees at each of these levels.

There is also diocese secretariat headed by the Bishop who has reporting to him the assistant to the bishop, the general secretary and internal auditor. The operation of the diocese is undertaken through five departments that report to the general secretary. The five departments include Mission and Evangelism, Finance, Gender and Development, Social services, and planning and investment where 76 staff are engaged at different levels as follows; 21 working at the head office, 9 working in districts and 46 working in parishes. However, there are many other volunteers working at the parishes and congregations as evangelists, parish workers, treasurers, administrators etc.